From Bystander Intervention to Community Mobilization

Bystander intervention training plays a key role as part of a comprehensive strategy to permanently reduce rates of violence and mobilize and empower all members of a given community. Through bystander intervention training, the Green Dot program engages witnesses to interrupt situations that are imminently or potentially high-risk for violence, increases self-efficacy and provides skill building and specific strategies to increase the likelihood that trained individuals will actually intervene. By expanding the role of bystanders beyond reactive, the Green Dot program trains participants to engage in proactive behaviors that model and endorse norms that are incompatible with violence. The ultimate goal is not simply to react to potential violence as it is occurring, but rather to simultaneously shift community norms that support the violence that is occurring.

The core elements of Green Dot programs are informed by rigorous research and evaluation. At the outset of implementation of the college-level strategy in 2010, a study of the Green Dot College Prevention Strategy was conducted in 2010-2013 on three campuses, one which implemented the Green Dot Prevention Strategy and two which had no bystander intervention program. In the multi-year evaluation of the impact, violence rates were lower on the campus implementing Green Dot than the campuses with no bystander program. Specifically, the study looked at the incidents of unwanted sexual victimization, sexual harassment, stalking, and psychological dating violence including victimization and perpetration. Interpersonal violence victimization rates were 17% lower among students attending the campus implementing Green Dot. A similar pattern held for interpersonal violence perpetration. Ongoing data collection & evaluation over the past decade have demonstrated similar impacts in both short-term and long-term behavioral & social change.

To ensure widespread impact, Green Dot is intended as a program that should be modified and adapted for maximum resonance with any audience. We have worked to tailor our Green Dot presentations to include reference to the Texas A&M campus; Aggie core values, traditions & language; and data on health, wellness, and experiences of violence & abuse that have been anonymously collected from Texas A&M students, faculty, and staff over the past 4-5 years. While our open presentations are more generalized in their examples for both student audiences and faculty & staff audiences, we have conducted focus groups to create tailored presentation content for the following:

We are continually connecting with professionals on our campus who have diverse expertise, and students on our campus who are willing to share their observations, to create customized content that is applicable to identities, social experiences, cultural norms, and program structures. Examples of our current 2022-23 focus areas include BIPOC and multicultural populations, pregnant & parenting students, faculty & staff, and the Corps & veterans.

The Green Dot bystander interevention strategy is conceptually grounded in social change theory and influence across the socioecological model. Generally, social change refers to long-term shifts in human interactions and relationships that collectively transform social & cultural institutions. Green Dot looks at influencing how social change occurs around the ways we understand, talk about, and take action to prevent power-based personal violence, and how that change is influenced across the sociological model: (1) individual, (2) relationship, (3) community, and (4) societal.

At the surface, power-based personal violence can seem like an abstract concept. For many, power-based personal violence, and specifically sexual assault, dating violence & abuse, domestic violence & abuse, and stalking, can be perceived as "not happening in our communities or to people like us". Yet the reality is, most of us have a direct or indirect connection to one or multiple of these crimes, either through our own experiences or knowing about how it has impacted a family member, friend, student, colleague, or classmate who has been affected.

Fundamentally, violence and abuse in our communities is a collection of individual choices to do harm. Each choice to do harm is a red dot on our Texas A&M campus map. A red dot is a moment in time where someone’s words, choices, or actions contribute to or tolerate violence and abuse. Even when a bystander witnesses a situation of potential violence or abuse, but walks away and does or says nothing — that moment of inaction is a red dot.

If you see a situation of potential or actual violence & abuse,  try this: 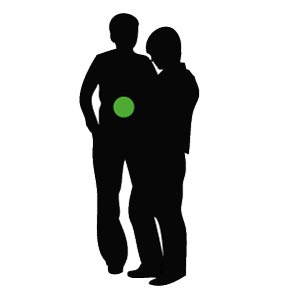 If the context of the situation makes you feel that you can safely intervene in a direct way, you can address the person doing harm, the person being harmed, or both. Examples include: "That person is clearly too drunk to go home with you" or "I heard what that person said to you, and it felt aggressive/hurtful. Are you okay?" or "my friend and I are sticking together tonight, and right now we are leaving together, not with you" and "Hey [insert name of your friend or the person] is everything okay over here? Do you want to come with me or want me to go get help/others?" 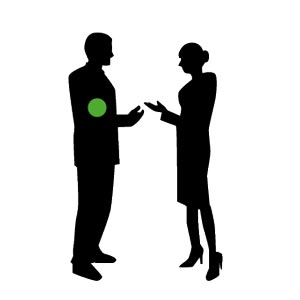 Maybe you are concerned about your safety, uncertain of how to handle the situation by yourself, or even experiencing your own trauma response to the act of violence or abuse. Seek support from others who may be able to intervene. Find that person's  friends. Tell a Resident Assistant, neighbor, roommate, or advisor. Seek assistance from a manager. File a TellSomebody report at A&M. 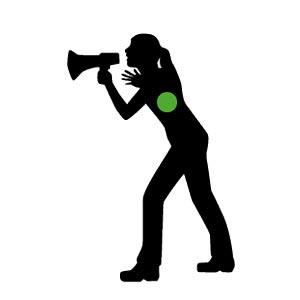 Use a safe diversion to create a moment that disrupts the potential or actual violent & abusive act. Gently ask one of the individuals for help with something. Strike up an unrelated conversation (ask for directions, to use a phone, "hey, what is that you're drinking?", "I'm sorry to interrupt, but aren't we in classes together at A&M?"). Draw attention to something that would seem an issue at hand (set off your car alarm, say "hey, I thought I heard someone say that cops were called because of a noise complaint?", spill something on the floor and ask one of the individuals for help cleaning it up, etc.).

Copyright 2022 • Green Dot at Texas A&M | • All Rights Reserved. • Hosted by Division of Student Affairs Department of IT